PLANS AND DESTINATIONS TO ENJOY THE CARIBBEAN IN 2015 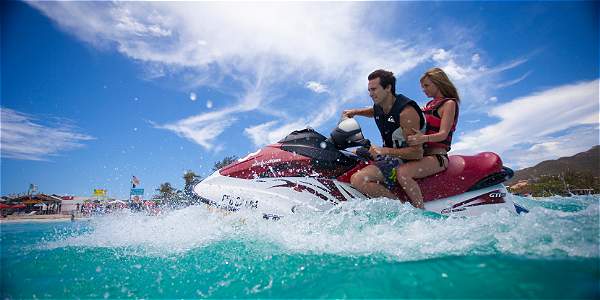 PLANS AND DESTINATIONS TO ENJOY THE CARIBBEAN IN 2015

Curacao, Cuba, Aruba and the Dominican Republic are among the 30 countries that receive its beaches and cities to about 25 million people a year, according to the Caribbean Tourism Organization.

With the possible restoration of relations between Cuba and the United States is expected to spread tourism sector on the island with the inclusion of new international hotel chains, cruise lines and North American operators.

Some analysts estimate that if the US government lifts the ban on tourist travel to its citizens, could reach 3 million American tourists each year.

All this expectation represents a challenge for the Cuban tourism industry, especially in improving infrastructure, air connectivity and services.

Between 2015 and 2017 they planned to create 14,000 new hotel rooms in Havana, Cienfuegos, Villa Clara Keys, Jardines del Rey and Camagüey.

Whatever happens, Cuba will continue to be an authentic and interesting tourist destination that captivates with its heritage and history, the architecture and nostalgia of Havana with wonderful beaches.

Best Caribbean winds blow in the new edition of the famous San Martin Heineken Regatta, which this year celebrates its 35th anniversary, between 5 and 8 March. After a day of sailing, participants can enjoy local food and a cold drink with your feet in the sand, while listening to local, regional and international artists play different types of music.

At the end of the three-day event, locals, tourists and sailors of music lovers will enjoy four nights of parties full of fun and the expected show Tessane Chin, the Jamaican winner of the contest The Voice, USA, in 2013.

But if you can not attend the event, no matter; in San Martin will always be willing sailboats for tourists to rest and explore its waters.

This year, San Martin also seeks to establish itself as a culinary destination in the Caribbean. Not surprisingly, the island has over 360 upscale restaurants that offer variety and quality in all the dishes, mixing Dutch, Asian, Italian, Indian, Creole and authentic French food.

Jamaica: the year of Bob Marley

Jamaica is synonymous with reggae, this pace feels and lives in every corner of the island and its finest and its main symbol is Bob Marley, who in 2015 would be fulfilling 70 years. That’s why Jamaica pays a special tribute to one of their top representatives. Tourists will find an extensive program dedicated to his music, which began in February with a concert in honor of Bob Marley, with the presence of the children of the artist (Damian, Stephen and Kymani Marley).

Travelers can attend sessions scheduled reggae and learn about the influence of Bob Marley in music, fashion and the economy. In Kingston you can visit the Bob Marley Museum, a site that was the birthplace of the legendary musician. Visitors can take a tour of the Museum of Music of Jamaica, visit the record store Rockers International and have a first hand experience in the study of Dynamic Sounds, where you can create your own vinyl record.

The music is taken Curacao

Curacao scheduled for this 2015, a full calendar of events dedicated to music. Between 7 and 8 May, the first version of the Curacao International Festival will be held BlueSeas. 29 and May 30 will be the date of the first ‘Viva La Musica Latina’ event with the participation of artists such as Gilberto Santa Rosa, El Gran Combo de Puerto Rico, Olga Tanon, José Alberto «El Canario» and Jorge Celedón.

Between 3 and 5 September, tourists can enjoy the sixth version of the traditional ‘Curacao North Sea Jazz Festival’ with prominent local and international artists. Among the guests at the event will Juanes and Oscar D’Leon.
Curacao will definitely be an ideal choice for alternative music lovers while enjoying an excellent rest in its beautiful beaches and exquisite hotels.

Dominican Republic, after the Colombian travelers

Following the recent announcement by the government of Dominican Republic on the elimination of visas for Colombians, it is expected to increase the exchange of passengers between the two countries.

Although the official date of entry into force of the measure is unknown, it is expected in late February or early March completion of all formalities. The country estimates that, with the new measure, some 80,000 Colombian travelers to visit them; ie 30 percent more than in the previous year.

So, Dominican Republic tread stronger among Colombians when choosing a holiday destination.

It is the second largest and most diverse country in the Caribbean and has over 1,600 kilometers of coastline and 400 kilometers of beaches, where several of the most beautiful in the world such as Punta Cana, Bayahibe, Juan Dolio and Sosua are counted . But there is much more than sun and sand. The destination offers many options in sports, entertainment and recreation. It is also ideal for lovers of golf and luxury hotels.

Travelers can dance to the infectious beat of merengue, enjoy traditional cultural events, sample the delights of the Dominican kitchen or living ecotourism adventures in national parks such as Los Haitises and Armando Bermudez.

Santo Domingo, with its history and heritage, and Punta Cana, with its resorts and beautiful beaches are the most visited places in this country.

It is also a destination for lovers of adventure and ecotourism and whale watching.

Aruba is home to world class hotels, fabulous restaurants, an exciting nightlife and amazing casinos, but this year the invitation is to enjoy the island like a local: from breakfast at local bakeries and share with the Aruban Dutch cup of coffee, juice and local pastries, to enjoy a family restaurant with typical food like meat skewers or grilled fish.

Visitors can tour the Arikok National Park, a protected habitat with ideal landscapes for exploration. Only a local knows the roads, shortcuts, secrets and recommended places to know this natural wonder.

With tours of the mountain Hoolberg, one of the highest mountains in Aruba, travelers can enjoy lunch with local delicacies such as grouper and Creole chicken satay, a typical beer from the island or the famous punch bar.